Welcome to Year 3/4.  We are delighted to be working with you and your child this year!

In Year 3/4 we ensure that all our pupils receive a quality first education, developing skills and knowledge through our broad and balanced curriculum.  Subjects are taught discretely but where possible links are made between the units taught to enrich the children’s knowledge and understanding.

The curriculum is delivered as a two year rolling programme and over the time that your child is in this class they be taught everything outlined in the long them overviews below;

We are currently working through Cycle B. This half term, the timetable and overview is as follows;

PE/Forest School: Thursday PM (Come to school in either PE kit or prepared for Forest School)

Spellings: Spelling rule taught and spelling lists distributed on Friday to be tested on the following Friday

If you have any queries or concerns, contact the school office or email Mrs Tilbrook (stillbrook@swn.dneat.org) or Mrs King (cking@swn.dneat.org) and we will endeavour to answer/resolve them for you as quickly as possible.

On Thursday Mrs Day and Miss Leftley took 10 children from Keystage 2 to the cluster Trigolf Festival.

It was a lovely sunny morning, ideal as the event was held outside on the hockey pitches.

There were 8 activities, to learn and play, which were run by the Springwood Sports Leaders. Several other schools attended and everyone seemed to be having a lot of fun. On Friday afternoon 8 children from each Key Stage visited Lynn Sport to try Speed Stacking. There were 6 other schools in Key Stage 1 and 7 in Key Stage 2 and they played against each other in a round robin, running to the table, stacking and unstacking the cups then hi-fiving the next person to go, again no times were taken. It was a new experience for many and as the afternoon wore on, the more times they played, the quicker they got.

The Leaders that ran the tables were very good and the

children had lots of fun!

“I enjoyed trying to get quicker.”

“I liked trying to beat someone and Hi-fiving each other.”

“I enjoyed it as there was running involved too.”

“I liked it as it was all very fast.”

“I thought it was really fun going against other schools.” A group of 8 children from each Key Stage went to Lynn Sport to take part in the first of 6 events in the Omnes Games. These games are festivals rather than competitions, allowing children to experience new games that we wouldn’t normally do in school. We were one of six schools taking part in each key stage, learning whilst playing the game against each other without the pressure of actually winning or losing. All the children said they had lots of fun and really enjoyed the experience, their comments were great.

“My favourite part was moving about and jumping out of the way.”

“I caught the ball and everyone was able to get back in twice.”

“I liked throwing the ball.”

“Dodgeball was amazing. I loved the teamwork, everybody participates.”

“I really liked it, I thought it was going to be scary but I loved it!”

“I’m really proud of myself and us who went.” On Tuesday 23rd November at Lynnsport, 40 schools were represented by approximately 450 children, covering years 3,4,5,&6, boys and girls, with at least 50 children  in each race, it was going to be a real experience.

It was an ideal morning to be running and our three children rose to the task and competed superbly, finishing a very creditable 6th, 13th and  21st, against the top ten children from the other sports clusters of West Norfolk.

A Brilliant Effort from Dylan, Isaac R and Neve. Multiskills is a year 3/4 festival and as its name suggests includes different equipment and skills to play small games. It is part of the ENGAGE area of sport which focuses on children who enjoy sport but don’t necessarily play it outside of school.

Eleven children took part, joining up with 7 other schools, there were 8 different activities which were run by the cluster team leaders.

It was an enjoyable event and all the children gave it their best and had lots of fun, their smiles and laughter proved that, so much so they taught 2 of the games to the rest of the class in their PE session that afternoon.

A great effort from; On what turned out to be a lovely sunny day, 11 children from years 3/4 took part in a hockey day at Lynnsport.

In the morning session a team of 5 entered the festival where they played pool matches against Holy Cross, Dersingham and Walpole Cross Keys, learning skills and working as a team, no scores were taken. At the same time, the team of 6 played in a cup competition against Fairstead, Clenchwarton, Downham Prep Dynamos and Devils and Gayton, where they won 3, drew 1 and lost 1.

The afternoon session consisted of all schools playing in new pools, once these were completed they all came together for the results of the cup competition and the raffle, a new idea which proved very popular with the children. The cup was won by Downham Prep with Sandringham finishing in second place, which was a super result and pleasant surprise for everyone, given the standard of play from the other teams. Little trophies were awarded to one person from each team who had excelled, improved, gained confidence or stood out as a team player, Neve and Lacey were awarded these. The raffle proved to be another surprise as Elsa’s name was pulled out first and she won a new hockey stick.

It was a tentative start but as the day wore on it was clear that all the children were enjoying the experience, learning new skills, giving their best with their ever growing confidence and producing great performances. We are fortunate enough to have one of very talented governors  Jayne Windsor running a Gardening club.

Here is their latest news:-

The Gardening Club continues to be enthusiastically attended. The children are wonderful. They are so interested and keen to get stuck in to whatever we are doing.

So far we have made an amazing bug hotel and a sunken pond to attract wildlife to the garden. We have sown sweet peas for flowers next year and planted some daffodil bulbs.  We have also done lots of weeding. 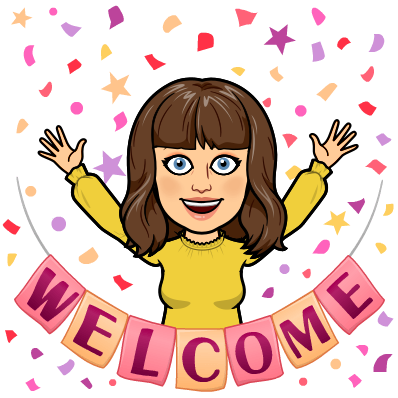 I hope that you are feeling refreshed after your summer break and that you are ready for another fun and learning packed year.

This year we also welcome Mrs Tillbrook who will be teaching the class Monday-Wednesday.  After a move up to Norfolk from Plymouth, I know that she is extremely excited to get started and get to know all of you.

Take a look at the Autumn newsletter and curriculum map, these will provide further information about this half term.

As always, if you have anything that you need to discuss, do get in touch.

The children recently attended the Tennis tournament which had been delayed from the summer term. Read the full report below. Well done everyone ! Thank you to Miss Leftley for organising and accompanying. Dear Parents and carers and all our wonderful children, staff and governors.

A huge welcome back, it is wonderful to see everyone back together, especially seeing you all playing on the field and on the playground. Below is our first general newsletter and you will also be receiving individual newsletters from your classes, with timetables and planning overviews . If you have any questions please speak to me or your class teacher at drop off or pick up, or feel free to call the school  office.